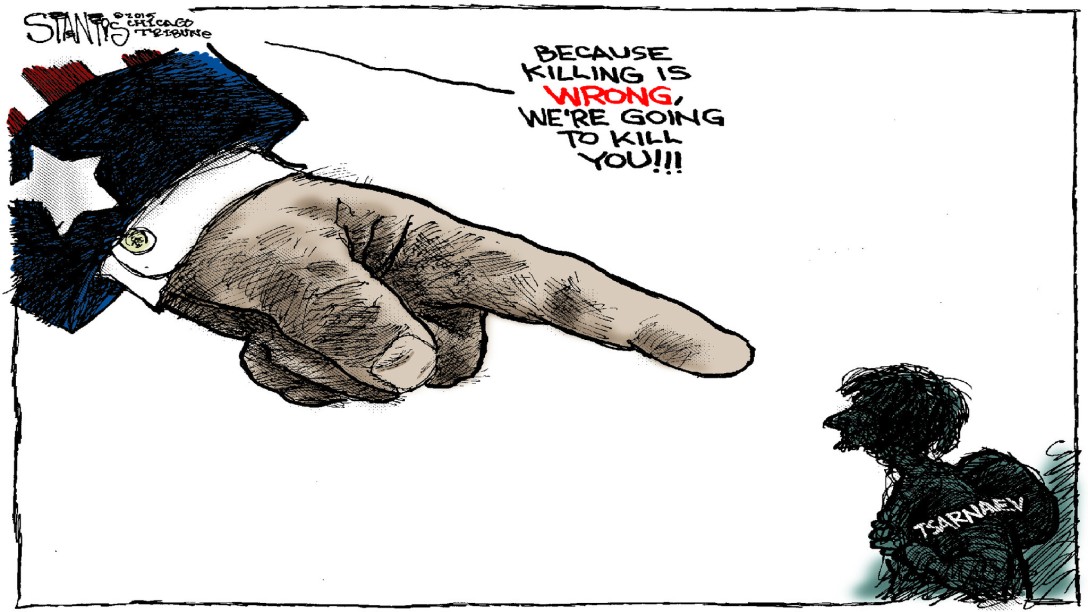 Three years ago today, I wrote a blog post that changed my life. I was upset and scared about what I had seen in a federal courtroom the day before, worried about a young man I’d never properly met. Every news source told me his guilt was assured and the only question was whether he should die for it. Still, I had many doubts about the person I had glimpsed, who’d looked so overwhelmed and tired. I had no ideas about him beyond that, other than what I wrote at the time: I hope one day he can find some peace.

As many of you know, I started out as a fiction writer. I was used to writing stories I’d made up in my head; I wasn’t used to living them. I had no idea walking into that courtroom would mean I was walking into Dzhokhar’s story, for better or for worse. When I realized it after the fact, I knew I had to be the person who told his story as honestly as possible. He deserved that much. He deserved that and more, but the deck had been stacked against him.

Thanks to you, my readers, I’ve been able to tell Dzhokhar’s story how it should be told: not beholden to popular politics, nor an editor worried about the bottom line, but a straightforward, unflinching account based on the facts. While I’m happy American journalism has made a robust comeback in the Trump era, I’ve noticed that few writers have reached back and questioned events that happened under a different administration. Which is why, looking over my work thus far, I’m so grateful that I was able to build a platform directly to people curious about the case and the truth about Dzhokhar’s role in it.

I haven’t been around very much lately, and for that I apologize. My work on the blog was instrumental in my securing a place in a graduate program in International Studies, a field I’d never imagined I would be interested in, let alone want to enter. I said farewell to my city, my friends and my students, and took up residence on the opposite coast. The whole time I wondered: is this really going to help Dzhokhar? Should I have applied to law school instead? Should I have stayed in the neighborhood where the crimes happened, so I could continue investigating personally if I needed to?

To say my first six months in the program have been rigorous is an understatement. Many, many times I felt overwhelmed by the work load. Worse, I feared the schoolwork was taking away from my research on the case, because my reporting for the blog is far from complete. Still, I hoped that I was laying the foundation that would allow me to return to the case with more insight than I’d had in the past.

I’m beginning to see these seeds bear fruit right about now. I’m nearly done with my first year. I’ve been studying the Russian language, post-Soviet history, US foreign policy pre- and post-9/11, and a slew of other topics that give context to what happened to Dzhokhar. I’ve also found many kind, intelligent people willing to listen to his story, and believe me when I tell them the evidence doesn’t back up the notion that he’s guilty. I’m not entirely sure if this is due to physical distance from the community where the crimes were committed, the changing perception of the government in the Trump era, the leaps and bounds forward in social awareness of issues like racism, sexism, and Islamophobia, or that our main public enemies are no longer radical Muslim terrorists but our own corrupt leadership. Eventually, hindsight always becomes 20/20.

That said, I’m hopeful. I’m hopeful that my writing on Dzhokhar’s case isn’t just screaming into the void. I’m hopeful continued education will make my arguments all that much stronger when I write them. As I’ve gathered a breadcrumb trail of evidence, I have outsourced help to readers, friends and even a tenacious social science librarian willing to help me track down information. (“You’re just in grad school for access to the research databases, aren’t you?” she asked, and she wasn’t wrong.) Finally, my school workload is lightening up, so I might be able to put some meaningful work up on this blog soon.

With that in mind, I wanted to give you a small list of things I am planning to do in relation to the case and this blog in the coming months. Take it as a thank you for your patience, and an apology for disappearing in the first place.

This is my to-do list for the time being, and I can’t promise it’s going to be in any particular order. Still, thank you to everyone who has been following this blog, whether you’ve been here since the beginning, or just found me today. My long term goals include making Dzhokhar’s story as widespread as possible, as public awareness of injustice can only help in righting the wrongs.

As always, if you have private correspondence for me, please direct it to my Contact page. I apologize for slow or lack of responses as of late; I was under a massive workload the last several months and I’m still trying to dig myself out. However, I maintain an active presence on both Twitter and Facebook, so I encourage you to check there for updates on related issues and some occasional Q&As.

Thank you again, and stay tuned.

9 thoughts on “Three Years: State of the Blog”